Product is not available in this quantity.

All your management tools, in an org chart. Unbelievably simple & compact. 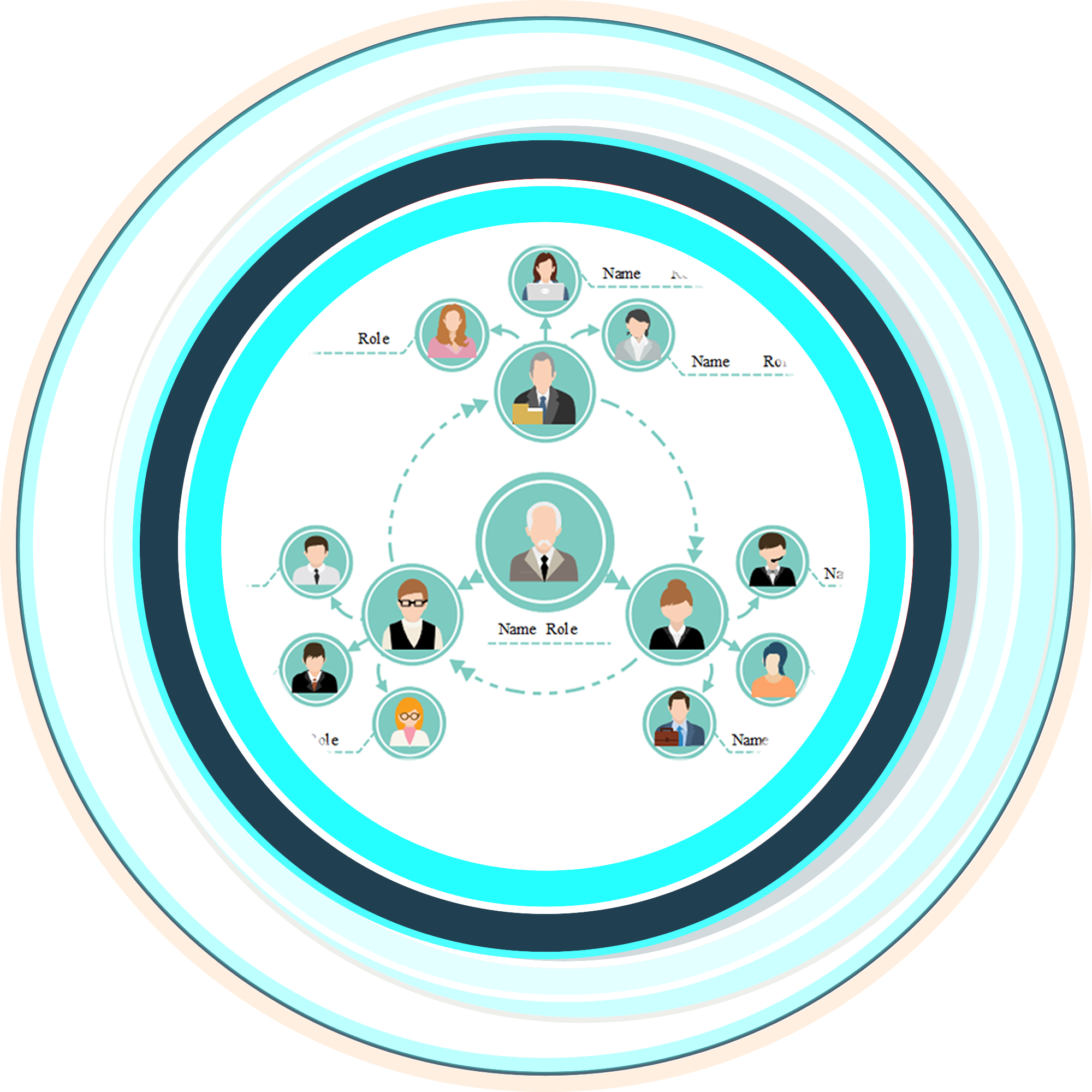 All your management tools in one place

Explore your organization from the comfort of your mobile devices

Scale your business operations with confidence 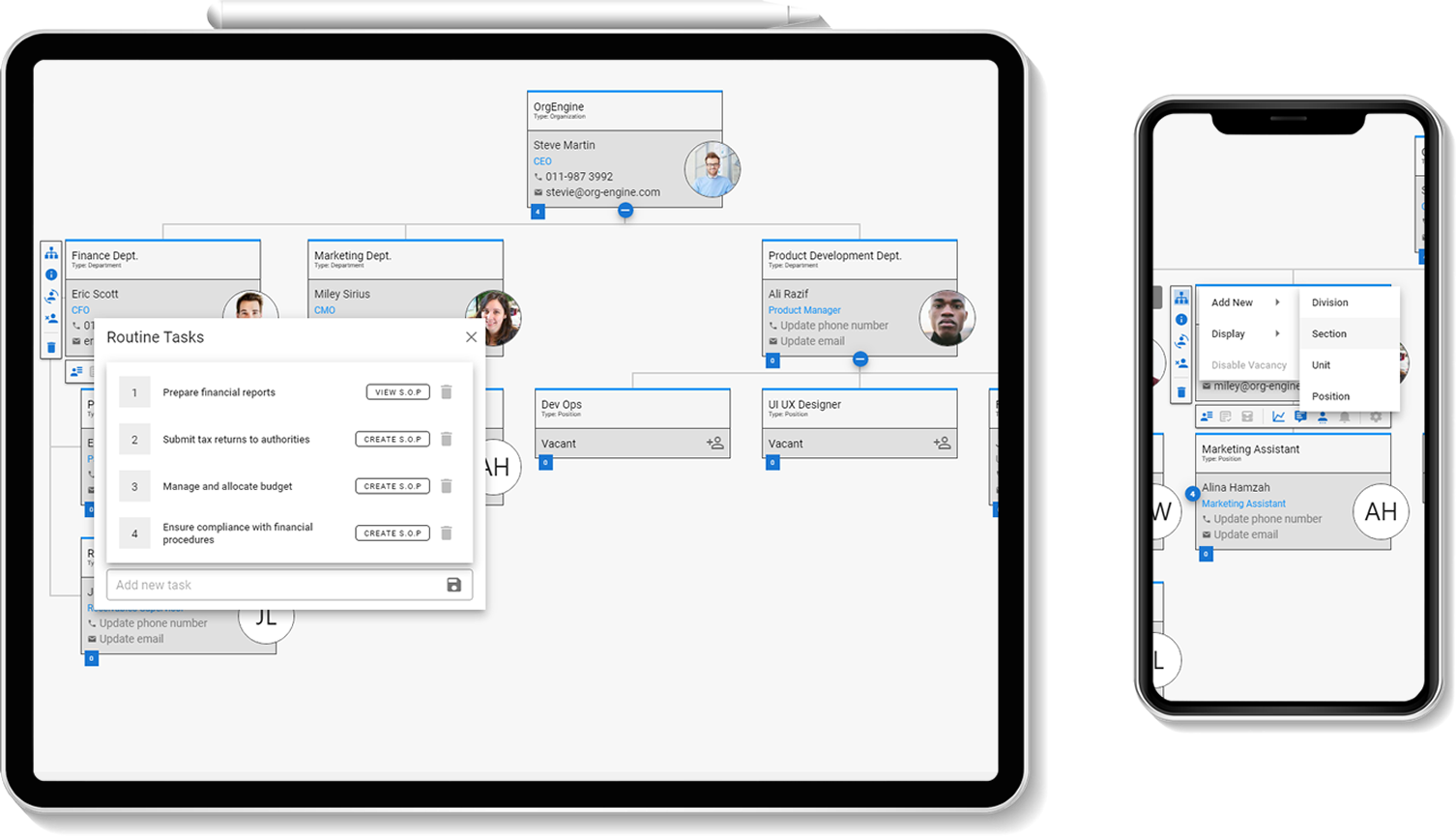 Create informative, shareable and easy to use interactive
Org Chart in minutes with our sleek user interface

Managers, increase team visibility & visualize your work
Our HR map increases team visibility and help you strategize
Oversee everything from a dynamic interface. This is your organization's HR map.
Grow fast but remain adaptable

Information are intelligently arranged and accessible with just a click.

Click on a position and drill down on information you need. Simply elegant.

We packed a ton of functionality in a consistent interface. More features are coming.

Assign division wide or individual KPI. All neatly and logically laid out for top management to access.

Restructuring your org chart is now as easy as drag and drop or just a click away.

View and review everyone's worklist in just a single click. Create SOPs for complex task, when you need to.

Forget folders. Remember when you lost your SOP files? Never again. All SOP's are logically organized according to the positions in your organization. It's quick, intuitive and highly accessible.

Manage all your KPI's in an org chart. Have some legacy or complex KPI files? Add a link to the file so they are just a click away from you.

Adding new employee profiles and assigning them to a new position only take seconds. The new employee will inherit all the relevant information related to that position.

Detailed employee profiles is just a click away. Know your people folks.

Viewing detailed information about your team from a wider perspective helps you form the right mental model when making decisions for your organization. It's intuitive and quick.

Define your organization's vision, mission, core values, and OrgEngine will remind everyone periodically.

Updating your chart regularly helps you gauge the overall health of your company. The chart will also stay relevent and useful for the rest of your organization.

Learn more
Efficiently manage these key functions in one place
Beyond org charts. Build driven, effective and adaptive organizations.
Reduce the friction and confusion of jumping between different applications

A winning team needs a leader. A well designed structure promotes organizational alignment. A team structure is a framework and setting it early on can avoid painful conflict down the road.

Backed to the cloud
Document your business processes

Allocate resources effectively. Identify waste and redistribute them to other functional business area that increases your ROI. Sometimes the best talent is already in your organization. 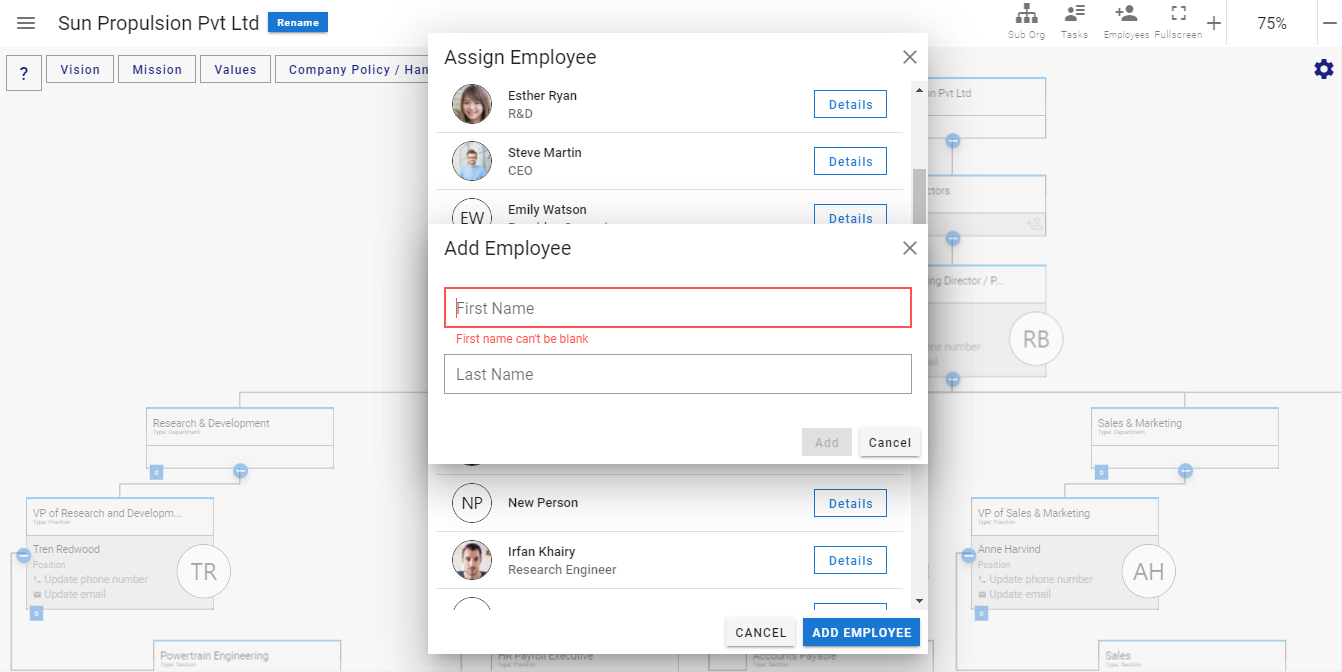 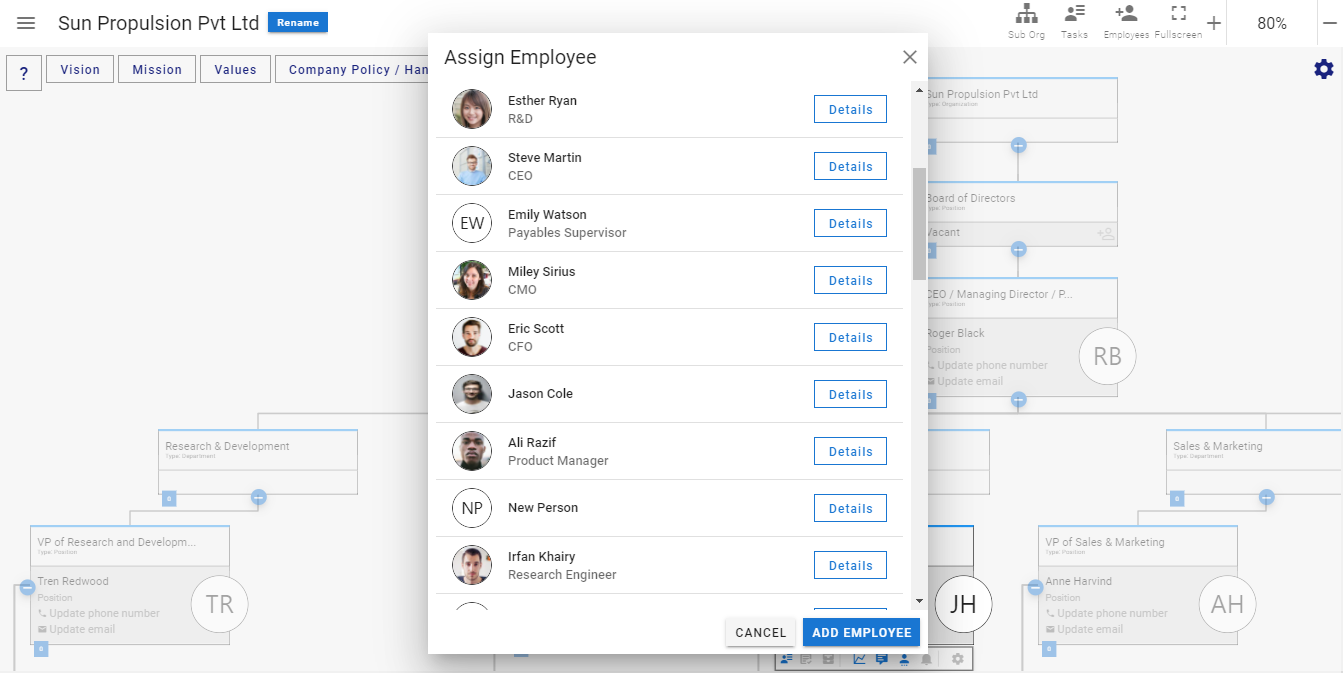 Meet the Bay Area
Born in the Outer Sunset, San Franpsycho originally began as a surfing film documenting the local Ocean Beach surf scene in 2001. After the film, fans identified with the name and demanded we make clothing. So we learned the art of screen-printing, creating various garments in a dark basement by night, and selling out of of an orange and black zebra-striped van named Big Chaos by day.
OUR ARTICLES
Learn the many managerial functions that you will discover at work.
News
How Standard Operating Procedures Can Transform Your Business and Help You Achieve Freedom
Explore

News
13 Ideas on How to Increase Business Profits
Explore

By using this website, you agree to the storing of cookies on your device to enhance site navigation, analyze site usage, and assist in our marketing efforts. View our Privacy Policy for more information.

Accept cookies
Stay up to date with our latest news and features update!
Thank you! Your submission has been received!
Oops! Something went wrong while submitting the form.

OrgEngine is born out of the necessity to simplify organizational management. As a new manager or CEO, you will find yourself wearing multiple hats, executing different functions at different times, leaving you overwhelmed. OrgEngine takes all the lessons and concepts in management books and implement them in a practical format for you to quickly execute.